Summary of IBC’14 from the GPAC Licensing team

We are back from IBC and we wanted to share with you our thoughts and feelings. 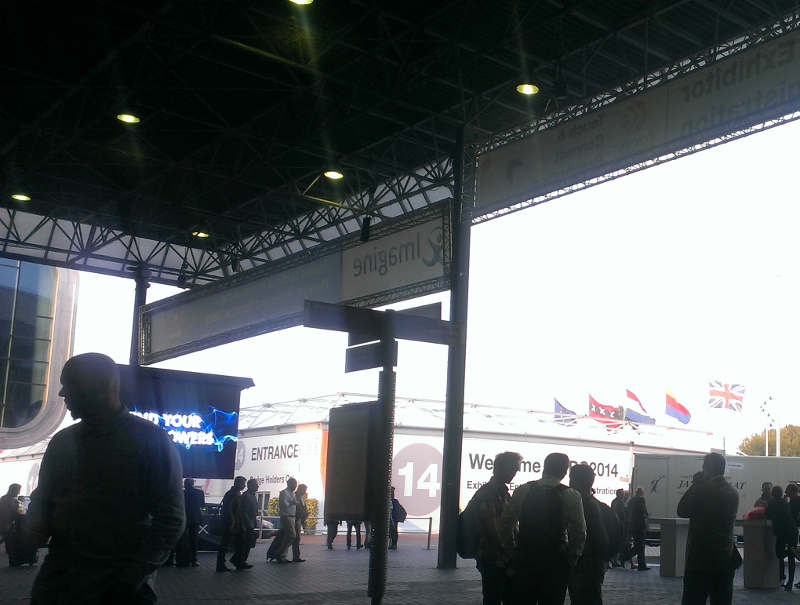 First we were really proud to see our products used directly on so many booths. People now know the GPAC open-source project also has a professional services entity. They used our products to package their content, to back up their live demos, or to have a player for their HEVC and DASH content. Here on the EBU and Harmonic booths: 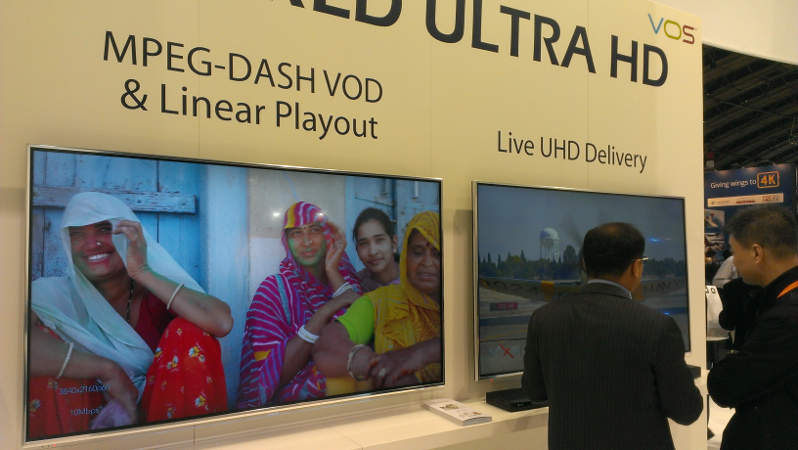 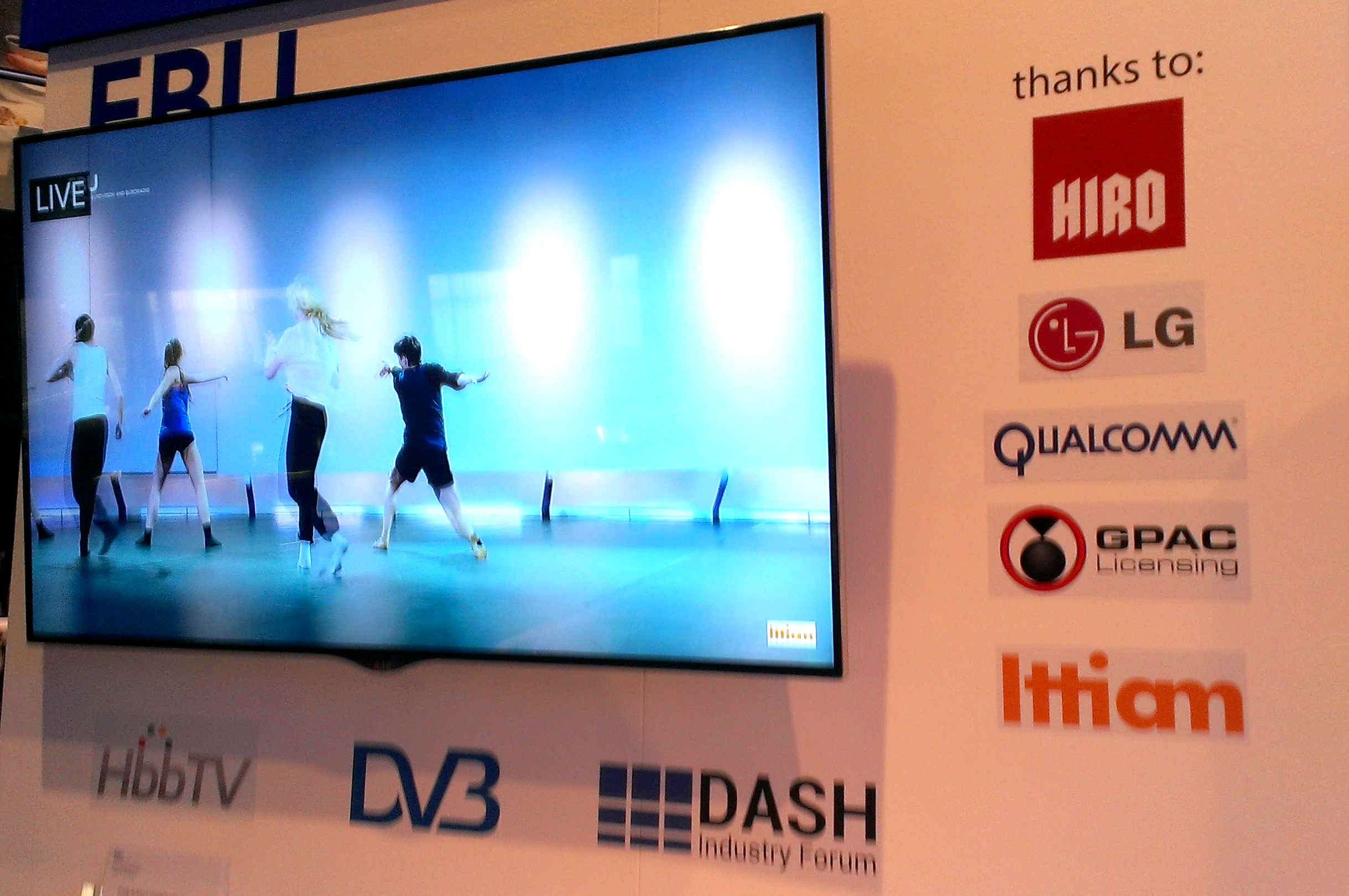 No big theme emerged at this IBC. It was a follow up to the previous NAB.

First the broadcast market is forced to be more opened. There is more OTT, mobile, IP-delivery (including peer-to-peer based with companies like Streamroot) , more startups trying to bring value in another way.

The market for HEVC finally emerges. There are still non-resolved patent issues with MPEG-LA but the situation seems secure enough for people to go. On the other hand, the H264/AVC market is definitely mature. It seems that most of the solutions now relies on the open-source x264, including within the biggest companies.

4K is everywhere. Despite a few impressive demos like in the Future Zone (UHD2 on 4EVER, 8K@120fps on NHK) or the Samsung curved screen in Hall 1, we couldn't feel much interest. It seems that people perceived an improvement with HD at 60 fps for sport events.

Virtualized encoding still moves on. It seems like encoding went from the hardware to the software to a commodity. People now make the difference between cloud encoding and virtualization. It really supports the idea that the quality of the encoding is important, but the interoperability and the OPEX are even more important. Intel also talked about SDV (Software Defined Video) on their booth.

MPEG-DASH is finally moving on. There is a consensus. There were demos. The DASH Industry Forum has now released enough material and documents to provide a good level of interoperability.

It is still hard to find how to make money with OTT. But the broadcast television does ok by adding social innovation to its offer. There is also an evolution toward nPVR which is not slowed down by the users' demand but by legal issues.

Set-Top Boxes were showing a lot of Android and HTML5. We couldn't figure out what it would bring the user. Additionally there were companies like AWOX pushing toward the Internet Of Things.

That's all for today. Don't hesitate to contact us if you want to correct or add something.

(very complete, but in French only)

Become GPAC Licensing subscriber and get some riche...